Please Note: S & H charges is our standard rate (Fedex ground) and for U.S.A. destinations only.
APO shipping will be by USPS
Shipping outside the USA will be determined before shipping.

Product Details BLAST SHIELD FOR 1664 RFD PROTECTS VALUABLE INSTRUMENTS FROM FLY ROCK AND FALLING ROCK LESS THAN 15 LBS. – EASY TO CARRY FOLDS FLAT FOR EASY STORAGE OPTIONAL BENDABLE FLEX ANTENNA INCREASES VISIBILITY ——————————————————————————– The Blast Shield is a protection device designed originally to protect a Remote Firing Device (RFD). The Remote Unit of the RFD system is typically positioned close to a blast site. This is an area that can be hazardous to people and equipment due to fly rock or loose rolling rock generated from the blast. The Blast Shield is designed to deflect debris and protect an instrument or RFD Remote. The basic shape of the Blast Shield is triangular “A-Frame” so as to maximize the strength and deflect large and small objects that would otherwise damage the instrument package. The two plates are linked together at the apex or top so that they lean against each other to form the “A-Frame”. The bottom of each plate is linked together with chain. If a large rock hits on top of the unit the rock will tend to be deflected by the triangular shape instead of having to hold the weight of the object as a simple box would. The Blast Shield is easy to carry and store. As a person grabs the hand hold and lifts the Blast Shield folds flat with the chains looped below. If an antenna is included it would be folded between the plates prior to folding the Blast Shield. The Blast Shield is designed to fold flat for easy storage in the back of a pickup or storage box. This is an important design feature that is appreciated due to the amount of equipment people need to carry at times. The Blast Shield is made of 5052 alloy aluminum which is much lighter than steel for the same amount of strength. The Blast Shield is painted bright orange so it is easily spotted by heavy equipment operators by cameras or equipment recovery crews in all types of weather. An optional feature is the antenna. Since the unit is metallic a radio device protected under it tends to lose its radio signal strength. We added a specially designed antenna to the Blast Shield which will provide nearly the same radio signal strength or better over the stand-alone radio device. The antenna is bendable but not springy and if bent into a position it stays approximately that way. 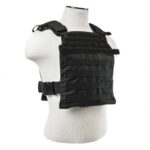 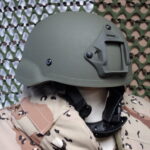 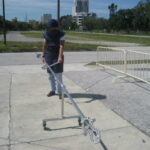 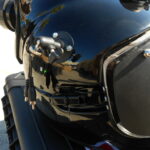 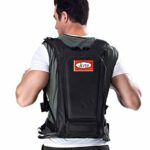 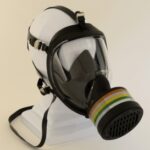 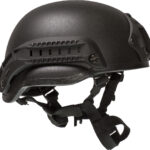 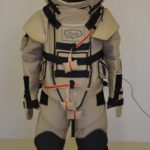 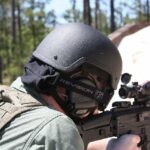 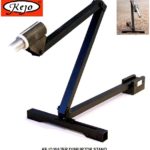 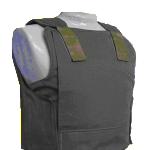 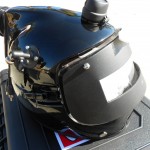 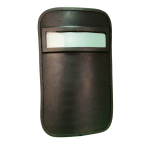 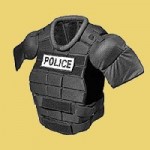 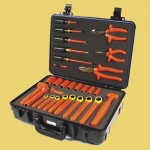 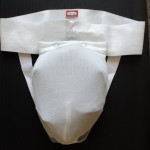 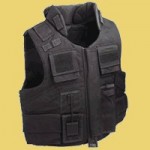